Is Newspaper Advertising Worth It? 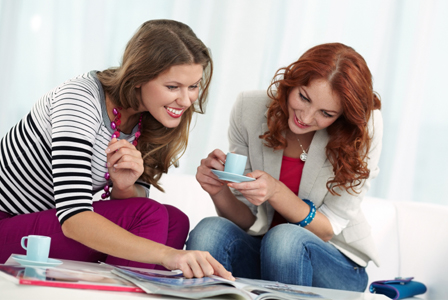 People still like to look at pretty pictures in print

When people talk about print being dead, they’re mostly referring to the business of breaking news stories in newspapers, which has been declining. In terms of print real estate display advertising, however, pagination in your community, regional and metropolitan newspapers has pretty much remained steady.

There is a distinction to make here between display advertising and classified advertising, the latter of which has been eroded to the point that it’s virtually non-existent in newspapers today. Display advertising, however, is alive and well, and refers to the colour advertisements that appear in, often glossy, real estate sections, complete with one or multiple professionally-taken photographs.

Research has also consistently shown that, when a property has been advertising both online and in print, it spends fewer days on the market, compared with properties that are advertised just online. This is particularly the case in Sydney, Australia’s biggest and most in-demand property market. Research conducted by CoreLogic RP Data last year found that properties that used both print and online advertising spent just 33 days on the market, compared with 66 days for properties advertised online only.

Print also increased the success rate of a property by 13.9 percent and increased the sale price by 5.1 percent, when compared with online only property campaigns. The same positive results were also true for the other markets. In Perth, for example, properties advertised both online and in print added an addition 8.7 percent to their sale price.

These results can be best explained by thinking about shopping at a shopping centre compared with shopping online. When you’re shopping online, you’re typically looking for something specific — a new dress, pair of shoes, a particular brand of aftershave. The reason you shop online is because, typically, it’s cheaper. An online store has fewer overheads, so their prices may be lower. But you’re also less likely to buy something you’re not certain will suit your needs, so you won’t expand your search parameters to include the unknown. That’s your ingrained, often unconscious, behaviour online.

When you go to a shopping centre, however, you may still be on the hunt for a new dress, pair of shoes, specific after shave, but you can’t help but notice each store’s window displays and the prominent placement of certain products. Suddenly, you notice a pair of jeans, a skirt, a fishing rod you didn’t think you needed but now, undoubtedly, must have. This is the impact of the tangible shopping experience. It’s very well researched and it’s very well understood.

The key ingredient in achieving the best price for your home, in the shortest period of time, is attracting a large pool of buyer interest, and newspaper advertising helps you achieve that. Of course, not all properties are necessarily suited to newspaper advertising anymore, but if your agent suggests it, there’s a fairly good reason why.

Any additional cost that newspaper advertising may add to your marketing bill, is generally offset by an increase in the eventual sales price by an average of 13.7 percent. For a home valued at a million dollars, that’s an addition $137,000. To put that in context, a full page colour gloss advertisement in a metropolitan newspaper costs around $4,000 per insertion. Over a four-week auction campaign, your additional outlay is $16,000 and, in return, your home could sell for an additional $137,000, and in less time, too.

So before you write newspapers off as being dead, give some thought to how your property’s sales campaign could benefit from the additional marketing push, which is also discussed in our educational guide, called Selling Your Property: What You Really Need to Know and can be downloaded for free when you subscribe to our website.