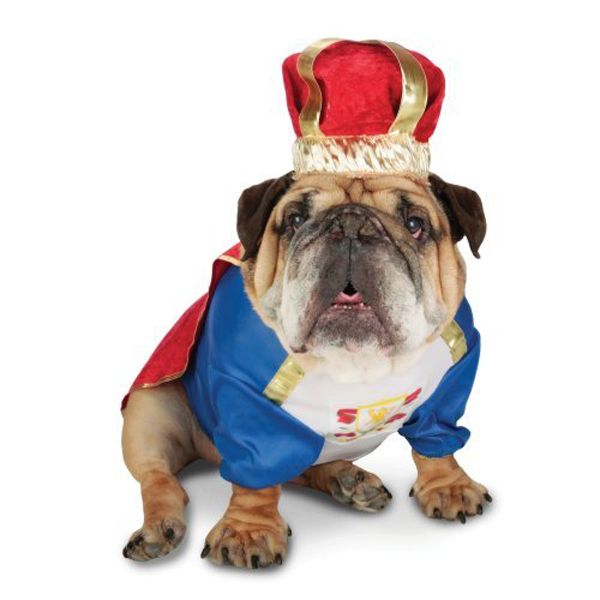 Marketing Your Property for Sale with Print and Online

Marketing is one of the greatest costs associated with selling your home, accounting for, at least, one percent of the market value of your home. Yet very few vendors properly understand real estate marketing, how it works, and where their money is being spent, which, with the continuing fragmentation of media audiences, could wind up being a costly mistake.

In the first part of this series, we talked about the online property websites, Domain and realestate.com.au, which were each claiming to have the number-one property app in the country. We looked at the claims they were making about their popularity and the data they were using the substantiate those claims, which we showed wasn’t the most accurate measure of audience reach, never mind popularity.

But because both Domain and realestate.com.au are owned by two of Australia’s largest newspaper publishers — Fairfax Media and News Corporation, respectively — which also happen to dominate print real estate advertising in this country, this post is going to look at the print/online advertising combination.

The reason print real estate sections have continued in their dominance, even well into the internet age, is because they attract great audience numbers in the shortest amount of time, and in real estate, this is critical. An auction campaign is between 4 and 6 weeks in length, at the culmination of which, the property is sold when a bid meets or exceeds (ideally) the reserve price.

Research has consistently shown that, when properties are advertised in both print and online, they sell faster and for more money, especially in Sydney, where the average time a property spends on the market is halved when it’s advertised in print and online. So this means you need to understand the metrics for measuring print audiences, just as much as those for online. 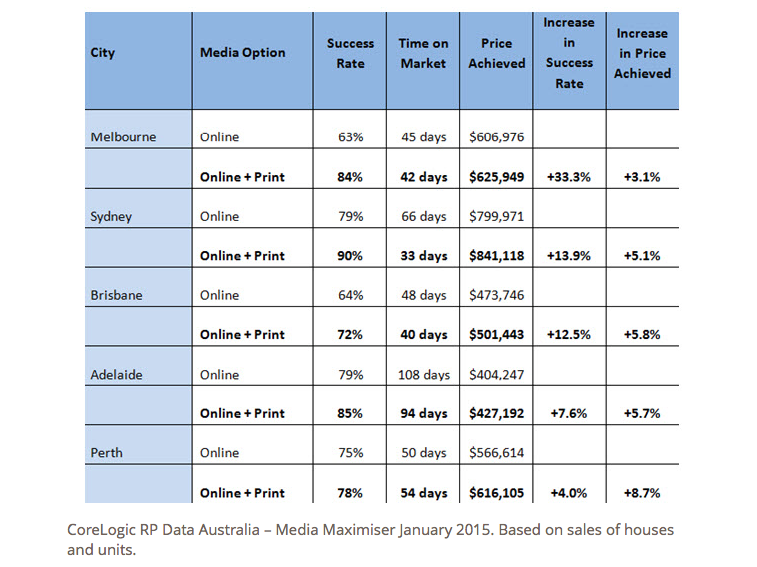 Your property sells faster and for more money, when advertised in print and online.

Luckily for us, there are only two metrics used to measure newspaper and magazine audiences — circulation numbers (or distribution numbers) and readership figures. Most advertisers only really care about the latter, because they tell you how many people actually read a given each edition of newspaper or magazine. But, on it’s own, that figure really means nothing, unless it’s examined in relation to the former, so always insist on both.

When talking about local community newspapers, you’ll be quoted a distribution number and a readership number. The distribution number tells you many newspapers are distributed each edition — or roughly how many households in your local area receive a copy of that newspaper in their mailbox. (Note: this is different to a print run, which reflects the number of copies physically printed, but not actually distributed.) The readership figure will be a number approximating how many people have actually read that paper.

You can find both figures on the paper’s masthead, yourself, if you’d like to double check the figures you’ve received from your real estate agent or if the agent doesn’t have them handy. As a general rule of thumb, your readership figure should be somewhere between 1.5 and 2 times the distribution figure, though in today’s declining market for printed news, it will most like be nearer to the former. If it’s substantially lower than 1.5, however, it indicates that it’s either not well-read or that it’s not the market leader. In the case of the latter, there may be a competitor paper which could be a better investment for your marketing dollar.

Circulation numbers, however, represent the number of newspapers or magazines that are put into circulation each edition – that is, made available to buy at newsstands, supermarkets and news agencies. Circulation figures do not represent the number of magazines or newspapers that have been sold. This is important to remember, because any unsold newspapers and magazines are returned to the publisher, so while you can safely assume that, a community paper with a distribution figure of 90,000 reaches a minimum of 90,000 households, you cannot say the same for a magazine or metro or regional newspaper.

Make Sure You Know Your Territories

Whenever a real estate agent talks to you about advertising in the newspaper, make sure you understand whether they’re talking about your local, community paper (delivered to every household in a particular area for free), or a regional or metropolitan newspaper, which have a cover price and are sold at newsagents, supermarkets and newsstands.

The same distinction should be made for magazines. There are many real estate agents — Belle Property and McGrath are two examples — that publish their own property magazine to showcase their agency’s latest property listings. If you’re asked to pay for an advertisement in your agent’s own, in-house property magazine, always ask for them to substantiate their advertising fees by showing you their readership and circulation/distribution figures.

Now, Let’s Get Back to the Mass Market Players…

To answer the question of which media company is top dog in terms of property advertising, it helps to look at their two largest markets — Sydney and Melbourne — and compare the audience numbers for their newspapers and online properties (which includes each company’s respective property apps). 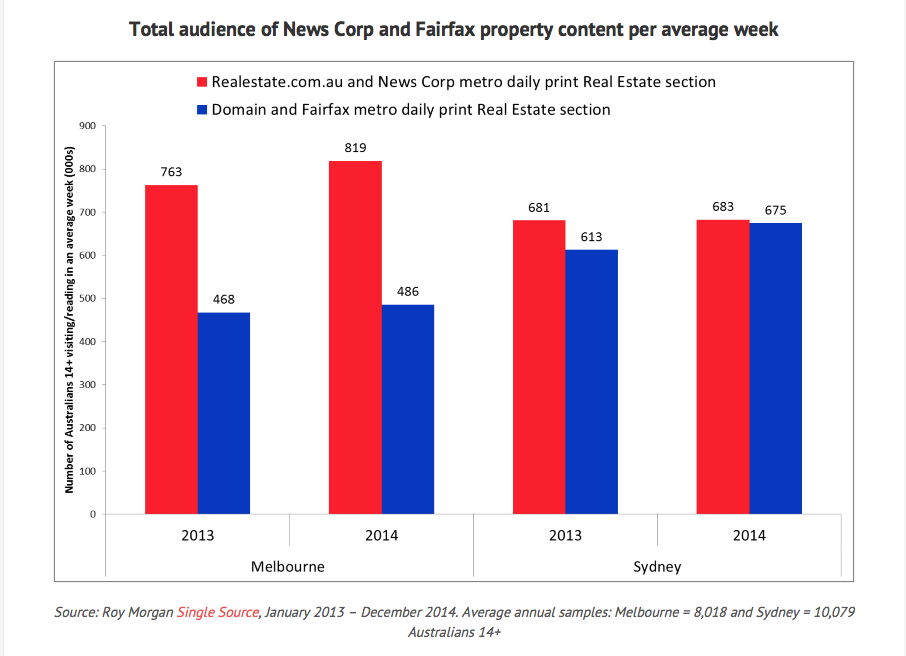 The total number of people reading News Corp. and Fairfax property sections, in print and online.

In Melbourne, News Corp wins by a landslide, reaching 819,000 house hunters, compared with a figure of almost half that (486,000) for Fairfax. In Sydney, however, both companies are neck and neck, with News Corp reaching just 8,000 more people than Fairfax.

If you’re a vendor in Melbourne, then there’s a clear winner for your advertising dollar. In Sydney, however, the tight race between both Domain and REA Group really just underscores why it’s so important to properly research the claims being made by each company before you invest your money in advertising with them — and to think about your advertising holistically.

Your agent may be able to secure better deals on your advertising by bundling your online and print advertising together, but you still need to know which is the most efficient option, in terms of buyers you’re seeking and where you’re likely to find them.

Have a detailed discussion with your agent about advertising. They are the best people to tell you where, in their experience, the type of buyers you’re trying to target and where they’re likely to come from.

To learn more about selling property in Australia, subscribe to receive our free, educational guide, Selling Your Home: What You Really Need to Know.