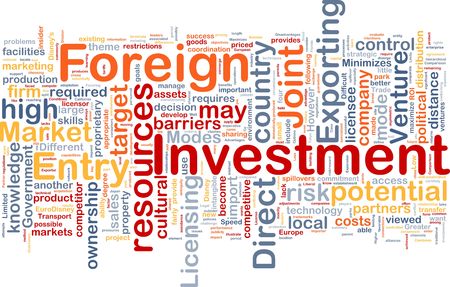 What are the implications of more foreign investment in Australia than ever before?

Last year, foreign investors spent an unprecedented $20.23 billion on residential property in NSW alone, a figure that represents a third of the nation’s total funding for residential real estate. But now, following new measures introduced by the NSW State Government, foreign property buyers will have to pay stamp duty and land tax on residential property purchases, so what does this mean for property values in NSW?

For context, it helps to know that foreign investors are only able to buy new developments, as Australia’s foreign ownership rules generally prohibit foreign investors from buying established dwellings. The only exception is to foreign companies with a substantial Australian business, which may be allowed to purchase an established dwelling to provide housing for their Australian-based staff, pending approval from the Foreign Investment Review Board.

The reason foreign investors have been restricted to new developments is to increase the supply of housing, rather than to push housing prices up. However, in the last few years, the construction of high rise apartment developments have reached the point of oversupply in almost every Australian city, but particularly in Sydney. As a consequence, many suburbs across Sydney, Brisbane and Melbourne have been blacklisted by banks as bad investment areas, due to the potential oversupply of apartments in those areas.

If anything, then, foreign investment has already had a negative impact on property values. But the government didn’t introduce stamp duty and land tax for foreign investors to curb investment in new developments. It was introduced to ensure that vital infrastructure and services can be made available in the regions where new developments are constructed, particularly as developments continue their sprawl outwards to the city fringes.

Roadways, public transport and other infrastructure is supposed to be provided for through taxes and levies, such as stamp duty, the tax every Australian resident pays on the sale or transfer of land or a business, which, until now, foreign investors had been exempt from paying, despite representing a fifth of all new apartment purchases in Australia (an increase of three percent year-on-year).

A high proportion of foreign investors were not paying any taxes

The introduction of stamp duty and land tax in NSW, Victoria and Queensland follows other reforms at a federal level, aimed at ensuring foreign property investors pay tax in Australia. A new property withholding payment, for example, which comes into effect this July, will require foreign investors who have purchased property on or after July 1, 2016, to pay a 10 percent withholding payment to the ATO when they sell the property.

Withholding payments exist in other countries, such as the USA, Canada, France, Spain and Japan, which each have a high volume of foreign investment in the property market. They were created to ensure that investors pay their taxes once the property is sold. In Australia’s case, it’s to ensure that they pay capital gains tax by filing a tax return after they sell the property, where they may be eligible for a partial credit on the withholding payment.

Since foreign investors are restricted from buying established residential properties, the stamp duty and land tax surcharges being imposed by the NSW Government will have no effect on the prices of existing dwellings, whether they’re apartments, freestanding houses or semi-detached ones. There may be some impact on the number of new apartment complexes being developed, but this could be a blessing, given apartment complexes have reached the point of oversupply in Sydney — and Melbourne and Brisbane, where stamp duty and land tax has also been introduced — which has the potential to stifle capital and rental growth for many years to come.

If you’re thinking of selling your property, the introduction of stamp duty and land tax for foreign investors is of no need for concern. However, you should be concerned with the new property withholding payments, which will come into effect this July, and will require you to obtain a clearance certificate from the ATO to certify you’re an Australian resident — failing to do so could be costly, which is discussed in this blog post. 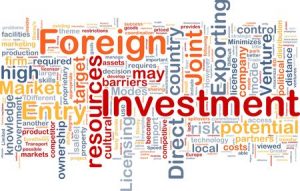 Alternatively, to learn more about selling property in Australia, subscribe to receive access to our free guide, called Selling Your Property: What You Really Need to Know. Otherwise, to read more property news, insights and analysis, continue reading our blog.