What’s Causing the Oversupply of Apartments in Sydney, Melbourne and Brisbane? 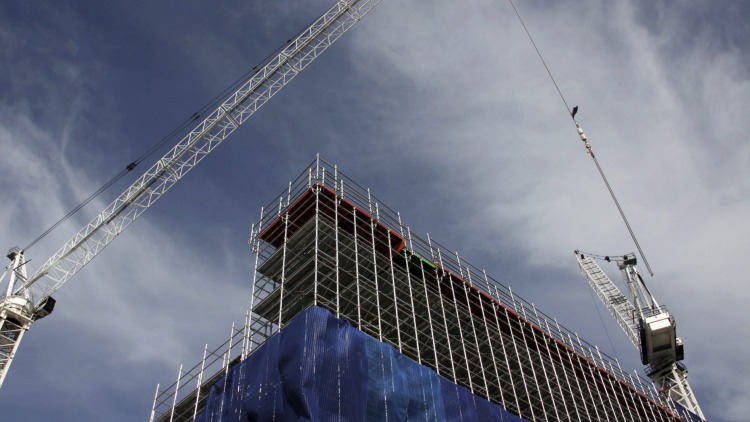 Does the Aussie dream of owning bricks and mortar apply to apartment living?

In Sydney, Melbourne and Brisbane the recent glut of apartment building has led many Australian banks to revise their guidelines for lending for both new and existing units in many areas of each of our major capital cities, where it’s predicted that there is soon to be an oversupply of apartments.

The main reason lending has been restricted in these areas is to try to dissuade any further people from buying and investing in apartments there, especially if Labor is elected and pushes its changes to negative gearing through, which will increase the demand for new apartments and push up prices, if only temporarily, for property that would see very slow capital growth in the future.

This would leave many owner-occupiers in a precarious financial situation, if the RBA should ever raise interest rates in the next couple of years. So the banks have tightened the reins on lending for apartments in many areas around our three most popular capital cities, as an additional 210,000 apartments have been planned for both Sydney and Melbourne in the next two years.

Admittedly, it seems unfathomable that it’s possible to have an oversupply of apartments in Sydney, Melbourne and Brisbane, when nearly every Australian city is in the throes of a severe shortage of affordable housing. It seems even harder to fathom when you consider that the regions where the shortage of affordable is being felt the most also happens to be those precise cities where we also have an oversupply of apartments.

But the reason we’re in this predicament is simple, really: Australians are either unable or don’t want to live in high rise apartments, and that’s put pressure on other types of housing — freestanding and semi-detached houses — which the continued construction of apartments has done little to alleviate.

For a start, the majority of young Australians can’t afford to live alone. As a consequence, they either stay living at home until they can afford to live independently, or they rent with large groups as a way to save money, which creates a bigger household and necessitates larger dwellings to accommodate them.

High rise apartment complexes are also decidedly not family-friendly, so many young families have little choice but to stay renting a detached or semi-detached houses in the inner and middle suburbs of Sydney, Melbourne and Brisbane, or move to the outer fringes and buy a house.

Finally, Australia’s ageing population have neither the inclination nor the incentive to sell their freestanding homes and downsize, due to the way the government currently calculates a person’s eligibility for the age pension. By excluding the primary residence from the age pension assets test, many older Australians opt to stay put rather than downsize as the proceeds from the sale of their home could leave them ineligible for the pension moving forward.

Although planners and policymakers are hoping that a greater number of apartments will solve Australia’s affordable housing problem, there are fewer and fewer Australian households actively looking to buy them. And as the current glut of apartment building increases and more banks tighten the guidelines around lending for them, the number of buyers for off-the-plan apartments in many regions of our most-popular capital cities is only set to decrease.

If you would like to read more property market news, analysis and insights just like this, you can by continuing to read our blog. Alternatively, if you’re thinking of selling your home, subscribe to receive access to our free guide called Selling Your Property: What You Really Need to Know.