Can You Really Sell Your Home Yourself? 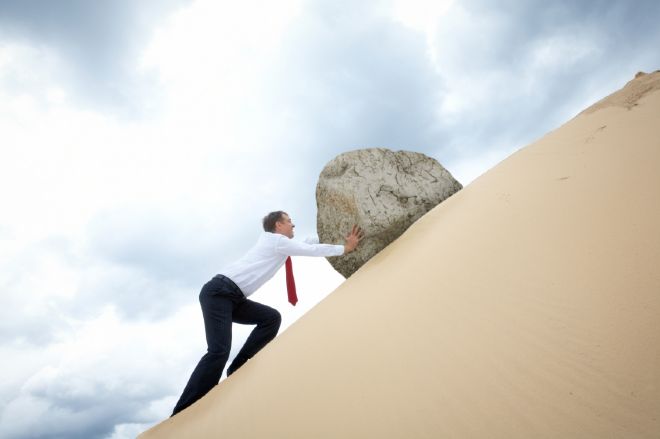 In Australia, the national average rate of commission paid to a real estate sales agent is 2.41 percent, although, in some states, the commission rate can be as low as 2.07 percent (South Australia) or as high as 3.26 percent (Tasmania). And that’s excluding GST. If you’re doing the sums at home, this makes that 2.41 percent figure more like 2.65 percent, and that 2.07 percent figure more like 2.28 percent, and so on.

From the outset, $13,255 dollars seems like a lot of money to pay a real estate agent to sell your $500,000 home, especially when you factor in the other costs associated with selling property, such as marketing fees, the cost of a conveyancer, and so on. And so there are some home owners who decide to forego a real estate agent and choose to sell their home privately, instead.

For sale, by owner

Selling your home privately, without a real estate agent, certainly does look like an appealing option. Particularly when services like BuyMyPlace, Agent In a Box, No Agent Property, and For Sale By Owner, charge as little as a few hundred dollars for a basic sales package that will get your property listed on a popular real estate portal, like realestate.com.au, pretty much straight away, and promise average savings of up to $10,000.

But this is the basic premise of the For Sale By Owner model: that property in Australia sells itself, and therefore, money spent on agent fees and commissions is being wasted. On the surface, it’s a compelling theory, particularly if you follow the property market in the media, where there never seems to be a shortage of homes in our major cities selling before the property ever makes it to auction, or without even so much as a single ad on the internet or in the paper.

Indeed, if you attend enough open homes, you get the feeling that all sales agents seem to do is stand around, allowing interested buyers peruse the property at their own leisure. Surely, if selling property is this easy, anyone can do it. But dig a little deeper, and you’ll see that this laid back approach is really all part of a new way of selling; the kind that allows buyers to think they’re the ones in the driver’s seat, when really they’re being lead down a very specific path, toward a very carefully strategised goal.

We recently spoke to Derek Farmer, one of the top sales agents in Sydney’s lower North Shore, about a property he sold, prior to auction, in Cammeray, after it was on the market just 21 days. When asked whether he knew the property was going to sell prior to auction, he said he expected it would. So why did he suggest an auction campaign, rather than private treaty? “Because an auction campaign gave the buyers a fixed deadline to make up their minds,” Derek says. “They had four weeks to decide whether they wanted to buy this property or not — and if they’d rather not compete with other buyers on auction day, then they had to be willing to pay for the right not to.”

It’s not the property that does the selling

Just because you don’t see an agent putting the hard sell on buyers the moment they walk through the door, don’t assume that means they’re not selling at all. Take a look at the areas with the highest rates of buyer demand, again — Sydney, Melbourne, Brisbane; your most popular capital cities. Now do a thorough search of those areas on For Sale By Owner or BuyMyPlace or some other similar service for selling property privately. Those major cities are hardly represented. Why is that?

It could be that the capital return in those areas is so high that it offsets the cost of hiring a sales agent. But for the property sells itself theory to hold true, then these are the areas where you’d expect to see more homeowners selling their homes privately, leaving sales agents to represent vendors in regions where it’s harder to sell property, and where they really have to work for their commission. Yet that’s not the case.

This doesn’t mean you can’t sell your home yourself. You can, and quite a few people do. Just don’t fall into the trap of thinking that property sells itself. To sell your home quickly, efficiently, and for the best price, there’s a lot of work to do.

Subscribe to receive access to our free educational guide to selling property in Australia, called Selling Your Property: What You Really Need to Know, because hiring a real estate agent doesn’t mean you can’t be involved in the process, by making informed decisions about how you’d like the sale of your home to proceed.