Is The Australian Property Market Going to Crash? 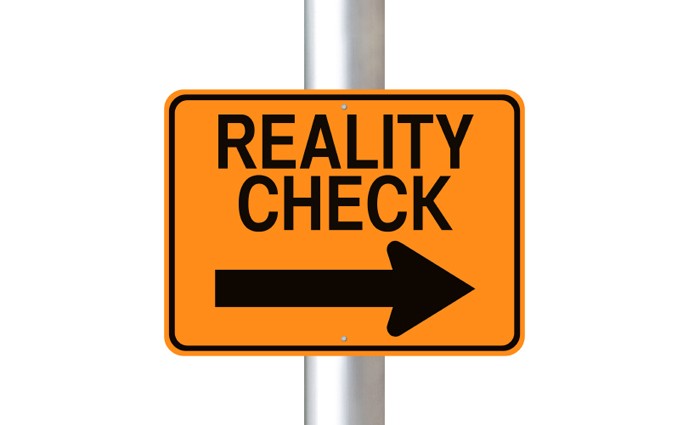 Listen Here, Property Doomsdayers — Why the Aussie Bubble is VERY Unlikely to Burst

With the price of property in certain parts of Australia at seemingly crazy levels (think most parts of metropolitan Sydney) and rising all the time, there is always talk of the impending crash that’s going to happen to the Australian property market. If you Google something along the lines of ‘US research predicts Australian property market crash’ you’ll soon find foreign macro-economists and the like predicting that we’re likely to see property prices fall between 30-50 percent, as they did in the US, Ireland and Spain. Some speculate that it’s likely to happen in the next 12 months.

Part of the problem with all of this is that economists, researchers and property observers have been warning of the havoc that’s going to be wrought upon the Australian economy when the housing bubble bursts all the way back to 2002, and yet the bubble still remains firmly intact. (In fact, several conditions would have to exist for the market to bottom out, and these conditions simply don’t exist here.)

Understandably, there are many, many people who would like to see a 50 percent reduction in housing prices just so they can get a leg up in the market. However, this is more of a case against the chances of a crash in the property market, than it is one for it.

Yes, Prices Are High But That’s Being Driven By Market Demand

This is what underpins the theory of Australia’s property market crash: that the cost of housing is so high, it’s forcing Australians to use more of their income (or sink further and further into debt), just to service their mortgages. But this isn’t strictly correct. First, it’s based on the assumption that the majority of mortgage-holders have been given loans that they either can’t, or won’t, be able to service.

If you’ve read our guide on What You Really Need to Know about Selling Your Property, which you can download for free by subscribing to our website, then you’re probably already aware that banks and mortgage lenders tend to value property at below market value to ensure they’re not lending money to people who can’t afford it — and to safeguard themselves, by making it easier to recoup the loan amount if the mortgagor does default.

That’s not to say that there haven’t been instances of predatory lending in Australia — there have been. Most famously, was the Mortgage Miracles case in Western Australia, where borrowers, who were mostly underemployed or on welfare, were given loans they couldn’t and wouldn’t ever have much hope of servicing. But instances such as these are rare, and illegal.

The Australian Property Market is Fundamentally Different to the US Market

When the property market collapsed in the US in 2008, which in turn caused a collapse in the global economy, it was quickly blamed on sub-prime lending. Sub-prime lending is the practice of giving loans to people who are unlikely to be able to meet the mortgage repayments, and then repackaging those loans as derivatives, which are sold onto other financial institutions investors (with falsified AAA ratings to make them more attractive) all over the world.

So when sub-prime mortgage holders in the US began defaulting on their loans, it had a ripple effect that first sent the US mortgage market into crisis, then crippled the entire US financial system before, eventually, plunging the global economy into crisis. But dodgy loans and banking practices only tells one half of this story; the other half begins almost a decade earlier.

Between 2001 and 2004, America was gripped by property fever. In response to the dot-com crash, the US Federal Reserve reduced interest rates to 1 percent, and Americans were encouraged to invest their money in property, which was considered a far safer investment than, say, the stock market. Spurred on by favourable media coverage, new-home construction also increased from 1.592 million homes in 2000 to 2.070 million homes by 2004, according to the US Federal Reserve Database, while the median house price increased by a further USD$100,000 over the same period.

Then, beginning in 2004, the US Federal Reserve raised interest rates 17 times, taking them from 1 percent to 5.25 percent over a period of two years, which, coupled with the low rental return on investment properties (in the US, the national median mortgage repayment is nearly twice the national median rent payment per month, and there’s no option to negatively gear investment properties there), pushed a significant number of Americans into mortgage stress.

The Real Cause of the US Housing Market Crash

Once interest rates returned to their pre-dot-com-crash levels of around 5-6 percent, interest in the property market cooled and, in turn, property prices started to decline. Had the construction of new homes between 2000 and 2008 not reached the point of oversupply, those declines might have stalled at around 5-10 percent, but with supply far outweighing demand, the US property market took a nosedive — wiping around 30-50 percent off property prices; the effects of which were far reaching.

It should also be noted that, unlike Australia, in the US, once a mortgagor defaults on their loan and the lender seizes the property, the mortgagor walks away free and clear, so to speak, while the lender wears any shortfall between the sale price and the value of the loan. In Australia, however, the borrower in default remains liable for the shortfall, so they have a real incentive to keep up their repayments — and/or to be cautious about buying in the first place.

Given those fundamental differences between the Australian and US property markets, the chances here of a crash similar to what was seen in the US in 2008 are incredibly slim. It is likely that, in the next 12 months, the property market may see a decline of between 5 and 10 percent in property prices in certain areas of Australia, but that’s not uncommon.The Reserve Bank is also predicted to keep interest rates where they are for the next quarter, so, at worst, Australians can expect the market to soften rather than crash.